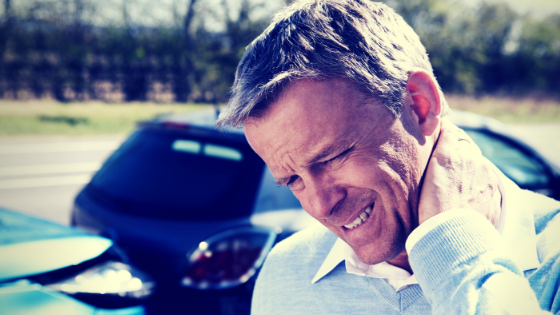 Congested traffic and impatient drivers are a terrible mix. It’s a cocktail that many of us have to deal with daily, and it makes the road a dangerous place. As a fleet operator, your business lives on the road and depends on the people you put behind the wheel. Your drivers have to be efficient but safe, and traveling so many miles in such a condensed space of time can fray anyone’s nerves.

It’s imperative that your workers keep a cool head and drive smart, but with so many miles between you and them, that’s a tricky thing to manage. It can be tough to know who on your fleet might have a problem with road rage or other risky behaviors. So how can you fight it and prevent aggressive driving in your fleet?

What are aggressive driving and road rage? Is there a difference?

You could reasonably argue that aggressive driving and road rage are more or less the same thing. When boiled down, the two terms refer to antagonistic, hostile behavior on the road that is unsafe to you and other drivers. However, road rage could be considered a more “extreme” version of aggressive driving.

Aggressive driving is when “an individual commits a combination of moving traffic offenses that endanger other persons or property,” which includes speeding, lane blocking, tailgating, excessive honking, cutting off other vehicles, weaving, and refusing to yield.

Road rage escalates risky driving behavior to a criminal offense, defined by “aggressive or violent behavior stemming from a driver’s uncontrolled anger at the actions of another motorist.” It can include purposefully hitting another car or running it off the road, exiting your vehicle to physically confront another driver, or using a weapon to inflict harm on someone or their vehicle.

The National Highway Traffic Safety Administration has done numerous studies on aggressive driving causes and prevention. In one NHTSA study, they identified the following factors as things that can lead to or cause aggressive driving behaviors to occur:

Things like commute times, traffic congestion and running late for work, school, or a meeting all contribute to an increase in aggressive driving.

People feel anonymous when in their vehicles. Add tinted windows to that, and they feel virtually invisible. This feeling of detachment can reduce inhibitions and lead people to behave in ways they wouldn’t normally.

People who drive aggressively might have learned to drive from another aggressive driver, or they may have seen examples of road rage in movies, television or video games and decide it’s “cool” to drive like that.

Most people hardly ever drive aggressively. However, at some point, nearly everyone might be in a situation where they exhibit behaviors that would be classified as mildly aggressive driving.

The slippery slope into reactive anger that can lead to aggressive driving behavior and road rage can be triggered by all of the same stimuli that tend to heighten our emotions and make them harder to keep reigned in. While the escalated form of aggressive driving known as road rage might be more likely to occur in people more prone to uncontrolled anger and rage, it’s likely that some of your employees might be experiencing enough of the factors that contribute to aggressive driving. And at some point, they might engage one or more risky driving behaviors as a result.

What are the consequences of aggressive driving?

It probably won’t surprise you, but the answer is a much higher likelihood of an accident. The NHTSA says that 66% of traffic fatalities are due to aggressive driving. Barring that, getting caught by law enforcement could get you, at the very least, a ticket. While you’ll never see an infraction with the words ‘road rage’ explicitly written on it, you can be cited for one or more of the actions associated with it. Speeding? Check. Unlawful use of a horn? Check. Tailgating? Check.

And then there are the more severe ramifications that come from getting into an outright wreck, which could include:

There’s also the possibility of costly damage to your and others’ vehicles that you must pay for, hospital bills and permanent injuries, higher insurance costs, and even death. As representatives of your company and brand, any of these happening to one of your drivers could result in a very dark, very permanent stain on your professional reputation alongside the more substantial financial setbacks.

How can you detect and prevent aggressive driving in your fleet?

A study done by the AAA Foundation of Traffic Safety found that around 80% of all US drivers express significant anger, aggression, or road rage behind the wheel at least once per year. That number includes approximately eight million motorists who have engaged in extreme examples of this, such as purposefully ramming another vehicle or leaving theirs to confront another driver.

The implication is that at least a few of your employees are likely to get belligerent while on the clock, and that’s before factoring in the unique circumstances of the job that only heighten the chances: a bigger vehicle; longer, continuous hours on the road; and late-night travel.

GPS fleet tracking can be a powerful tool for your company for many reasons, but one of the most important is its ability to act as a discouragement, preventative, and watchdog simultaneously to curb this kind of behavior. Reminding your workers to practice safety before heading out and offering incentives (or threatening deterrents) for following (or failing to follow) protocol is well and good, but there’s not much you can do once they’re thousands of miles away.

GPS devices can give you a level of monitoring that will reinforce your expectations much more strongly. With the ability to detect and track your trucks’ status, you can be notified of when your motorists are going above the speed limit and braking/accelerating quickly — signs that they may be driving aggressively — or not taking enough breaks to properly rest and recharge. As a result, you can address and curb dangerous behavior before it has a chance to escalate into something worse. That knowledge can have your employees thinking twice before they decide to get pushy with another car in the first place.

Ultimately, fleet tracking lets you establish safety measures in all three steps of the process: warning against dangers before the engine even starts, maintaining steady pressure during the drive to maintain responsibility, and punishing infractions should they still occur.

Keep your employees and the roads safe

Doing so much travel in such large and heavy vehicles means that your workforce — and your company as a whole by extension — has a greater duty than most to be mindful and careful while out on the highway; not only for your own financial and reputational sake but for the safety and protection of other drivers. The roads are an inherently dangerous place to be; if your livelihood is going to be staked to it, you want to be as prepared as possible, and GPS tracking for cars can be the just the arrow that your quiver needs to keep things running smoothly for everyone.