How the Trucking Industry and Truckers are Adapting to ELD 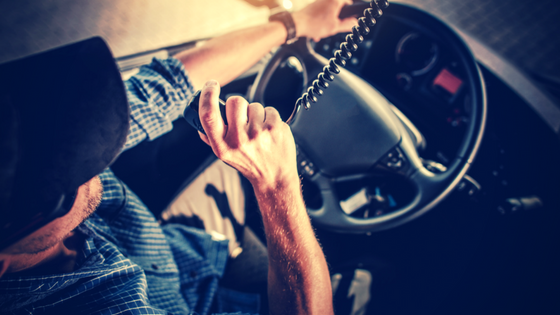 Big changes always make waves, and staying afloat as they arrive, is usually a messy business. So it’s no surprise that the FMCSA’s mandatory requirement for fleets to install electronic logging devices (ELDs) in every service vehicle has had a rather rough ride to shore as it’s been rolled out.

Published at the end of 2015, the rule gave the shipping industry until December of 2017 to meet compliance requirements. And while two years seems like it would be more than enough time to make the switch, there have been enough hiccups along the way to guarantee that such a deadline was, at best, a tad overambitious.

Now, with the end of a “soft enforcement” period that lasted for the first few months of the new year, truckers are having to deal with the realities of stricter oversight and the technical know-how necessary to handle it properly. To perhaps nobody’s surprise, those necessities are also coming saddled with glitches, a system that doesn’t take the realities of life on the road fully into account, and inconsistency in law enforcement of the new rules.

In short: everything’s a bit of a mess. Still, life goes on, and haulers are doing their best to hang on for the ride.

The convenience that’s touted as the most useful feature of new technology is often worth the hassle of setting it up… so long as it works. And then, inevitably, it doesn’t.

Though plenty of drivers report no real issues with their devices, there seems to be just as many who are experiencing all kinds of faults. Dropped Bluetooth connections, interruptions in data transfers, inaccurate GPS signals, and outright unresponsive units have caused plenty of otherwise in-line users to be flagged for noncompliance and/or inconsistent logging of their hours. And for many companies unlucky to have chosen a less-than-stellar brand of ELD, crashed servers and slow-moving customer service have made it difficult for overseers to get problematic trucks back in acceptable condition and on the road again quickly, which means a loss of business and frustrated employees.

Since the FMCSA allowed manufacturers to self-certify their ELDs prior to the deadline, it’s unsurprising that truckers are having problems. In the eyes of the new law, however, it doesn’t matter. You must have the device installed and operational, or you’re being taken off the pavement and taking a violation to boot.

Another pressing issue facing employees is the fact that, even if the ELD is doing its job correctly, it’s too black and white in the information it presents to represent the complexities of an actual driver. Truckers are routinely forced to go over their hours to find proper rest stops, and that leaves them open to charges. Either log the time and get a mark on your record for the excess or have it be automatically logged as personal time and get a mark for the misuse.

It’s a lose-lose situation, and the lack of a clear or consistent solution means that it’s going to continue to be a problem for the foreseeable future. FMCSA spokespeople have alternatively recommended that truckers simply take good notes in their log in case it’s checked later or “plan their routes better.” That means your fix is either self-incrimination or thinking ahead: something that many in the industry have routinely noted can only get you so far since the reality of the road is never wholly predictable.

There Are Inconsistencies in the FMCSA’s ELD Regulations

Finally, as we discussed in our last post, compounding all of this is the grey area that is law enforcement for infractions in general, deserved or not. With officers being told to “use their best judgment” and “be reasonable” when deciding how to punish violations, drivers can never be sure what the best solution for a malfunction or unexpected delay on the road will be. The FMCSA has issued plenty of waivers and exemptions in the months since the mandate went live to help companies out, but doing so has just created a further inconsistency that inspectors have to contend with while trying to establish harder rules.

ELD Will Continue to Improve

The new imposition of ELDs has left truckers and trucking companies with a lot of should and could as well as inconsistent reliability. If you’re dealing with technical issues and facing challenges with the inability to of the current technology when it comes to keeping track of the complexities of hauling freight over the road, you might be worried about when the kinks will all be ironed out. What if it takes years? And even if the system were to sort itself out within the next few weeks, it doesn’t compensate for the time and money lost in the shuffle. A loss is still a loss, even if it was “to be expected.”

We’re confident that the ELD technology will continue to improve and hopeful that the FMCSA will issue clear guidelines for law enforcement. In the meantime, we’re here to help if you have any questions or concerns. Just leave them in the comments section or fill out our contact form on this page.