How Law Enforcement is Adapting to Enforcing the ELD Mandate 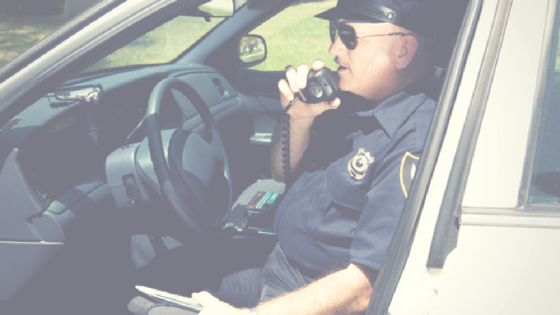 The FMCSA’s recent adoption of mandatory ELDs (electronic logging devices) in fleet vehicles has forced a shift in mindset not only within the transportation industry but also within the ranks of law enforcement officers charged with maintaining the new rules. And just as said transition has proven to be a slightly messy affair for the companies behind the wheel, the change hasn’t been an entirely smooth ride for law enforcement, either.

The three-month grace period known as “soft enforcement” ended on April 1, which means that inspectors on the road are now required to crack down on trucks who have yet to comply with the new requirements. Before April 1, law enforcement primarily issued 395.22(a) violations, which did not impact CSA (Compliance, Safety, and Accountability) scores or otherwise pose any short or long-term inconveniences for companies.

Now that the reigns have tightened, the risks that violations pose have increased exponentially. Vehicles operating without a grandfathered AOBRD (automatic onboard recording device) installed before December 2017 or a registered ELD will be placed out of service, and drivers may be cited and given a violation ticket or civil penalty, which will count against the carrier’s Safety Measurement System score.

If the rollout of the FMCSA’s shiny new regulations had gone as smoothly as they had probably hoped, this hard enforcement might not still be posing such a problem. As it stands, it’s been a rocky start for truckers, and inspectors are also feeling the waves as a result. Companies are dealing not only with the costs (in both time and money) of outfitting their fleets in time from a market that’s replete with unreliable devices but also with unwarranted violations caused by malfunctioning technology and unavoidable scenarios on the road even after getting the proper installations.

Police units responsible for truck enforcement were showing worry before the mandate even went live at the end of 2017. During the first few transitional months that came after, much of the specifics of regulation remained unclear. Uniformed officers on the road were being asked by some in the FMCSA and other high-ups in the chain of command to show leniency to those in violation on a case-by-case basis and giving drivers the benefit of the doubt for at least the earliest days of the new year.

Of course, without any kind of consistent guidelines or specifics, leaving it up to the officers’ discretion meant that there was an extensive range of leniency or lack thereof. Highway patrols in some states like Kansas and Texas admitted to not issuing violations because they wanted to “err on the side of caution,” while others in Minnesota were blunt about keeping things strictly by-the-book. State by state, force by force, officer by officer, the gray areas in the new regulations are so open to interpretation there’s a lack of consistency in enforcing them just about everywhere.

Now April has come and gone, and law enforcement is still unsure of how to proceed, even in the face of the stricter demands of the FMCSA. Some believe that the “grace period” needs to be extended to give everyone more time to iron out the kinks, while others strictly oppose the idea and think it’s proceeding as well as could be expected.

Ultimately, the word of the day continues to be “reasonable.” Officers are attempting to prepare their fleets and inspectors for as many possibilities as they can, since there are still so many drivers who aren’t in sync with their new technology or running into bugs, and most hope that enforcers will keep that in mind.

While notable infractions like not having an ELD at all, or going far over your hours are no longer going to have any leeway, the plethora of little issues that run rampant through the system is still up in the air. Some won’t give an exception, and some are more concerned about the spirit of the law than the letter. But basing one’s decision to incriminate or not on apparent intent isn’t exactly a consistent or reliable method to what’s supposed to be a strict authority. That means weeding out those who are genuinely trying but having problems from those who are actively trying to cheat the system is something of a guessing game.

As with any significant change, the best solution for this messy situation may simply be time. How much everyone will need, of course, is another matter entirely.