How Stalkers Use Hidden GPS Trackers To Spy On You 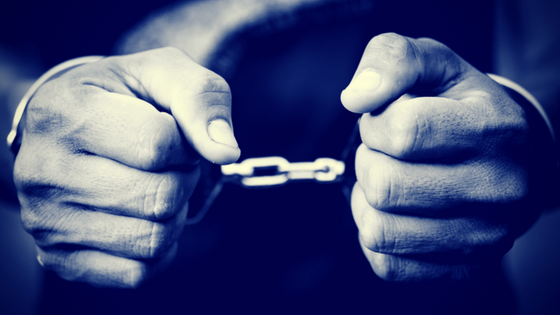 It’s hard to know exactly how many stalkers and other criminals use hidden GPS devices to monitor their victims. The last time the US Department of Justice released any data on criminal stalking was January 13, 2009. However, that report states that stalkers used electronic monitoring in 1 out of 13 instances, and that about a third of victims reported their stalker showing up wherever the victim went. Many experts estimate the practice of keeping tabs on a victim’s location has only increased since the DOJ release their report.

The monitored GPS tracking device is a unit transmitting real-time data about its location and operates much like a cellphone and relays data anytime it is in motion.

An unmonitored GPS tracking device is a unit that stores data, much like coordinates, and needs to be removed so that the data can be collected.
Benefits of GPS Tracking

When used as intended, these units can improve the safety of vehicles and even that of owners of the vehicles, as drivers can navigate through a place and if something goes wrong, they can easily be traced.

GPS tracking also helps minimize fuel costs as fleet managers can observe the fuel being used by a vehicle when idling or speeding, and also can maneuver through shorter routes to manage well the fuel in use.

Additionally, the units can be used to aid in theft recovery, as vehicle location can quickly be found using the GPS device.

Vehicles GPS Tracking
This is one of the most common uses of GPS tracking. The standard vehicle GPS tracking device can allow a hacker to know where the vehicle is at all times, the distance covered by the vehicle, and the speed at which the vehicle is moving.
A hacker can also access detailed and sensitive information such as how much fuel is in the tank. If the system is being used to navigate in a new location, hackers can even give their direction to an alternative location.

Geofences Used to Track People
Geofences can be used to track people in their homes and even as they travel and move about. A hacker can easily know the exact position a person is in their houses and outdoors. The hacker can even know the speed at which you are driving your car, and other personal information.

Asset Tracking Via GPS
Big-ticket item tracking is another common use for GPS tracking. Big-ticket items can range from jewelry to classic car collections. These items can be stolen by a hacker using the GPS as they can easily know exactly where the items are, and how to locate them and interfere with the security system. This would ensure that the buyers and owners of the items would not even know that assets are missing from storage or transportation units until much later.

Use GPS Tracking Devices You Can Trust

These high-level vulnerabilities exemplify why it is necessary to utilize a GPS tracking system that you can trust. At GPS Technologies, our range of fleet tracking and asset tracking devices make use of a secure network to ensure that your location data is safe, and only accessible by you and your team. To learn more about how asset tracking can help you manage your fleet, please contact us today.

Plus, there’s an added complication. Because the law hasn’t kept up with technological advances in general, including developments and improvements in GPS tracking technology. That means that in some cases, courts are finding for the defense in cases where a person has discovered hidden GPS tracking devices on one or more of their vehicles.

What are some recent examples of a stalker or other criminal using a GPS tracker?

1. Divorce Cases in the United States

Though not a specific case, NPR aired a story called I Know Where You’ve Been: Digital Spying And Divorce in the Smartphone Age that featured reports of ex-spouses using GPS to spy on former or estranged partners from “dozens of divorce lawyers.” Often a judge or jury in these cases finds that the hidden GPS was entirely lawful in these cases because the vehicle being tracked was jointly owned by both people in the case. Remember, it’s perfectly legal to use GPS tracking on a car you own.

2. March 2018, a man was arrested for slaking, including the use of a vehicle GPS tracking device

On March 13, 2018, ABC affiliate KSAT 12 reported on the case of 40-year-old Richard Gabriel Garcia who had been stalking a San Antonio woman both online and off for many years, including by hiding a GPS tracking device on his victim’s car which the woman discovered in 2015. The stalkers actions actually caused her to lose custody of her daughter when her ex-husband used some of the details the stalker had shared online. She didn’t report the stalking in 2015, but after it intensified, including when Garcia followed her to her friend’s house where she was staying to avoid him, she called San Antonio Police who arrested Garcia, and an SAPD evidence technician discovered a GPS tracking device inside the victim’s engine compartment, under the fender.

On May 1, 2018, a report from Boston 25 News by Jacob Long highlighted what happened when a stalker placed GPS tracking devices on both vehicles belonging to a couple in Hingham, MA, and a local district judge ruled that it wasn’t illegal to hide a GPS device on someone’s car. Police say the couple’s stalker had tracked them to at least 17 different locations, including out of state. The case has now gone to the Mass. State Supreme Court and will probably be decided this Fall according to the report.

4. July 18, 2018, a woman accuses her alleged stalker of hiding a tracking device to her car

On July 18, 2018, Boston, MA WHDH Channel 7 News reported on the alleged stalking of a Winchester woman by 32-year-old Shawn Tyman. Police suspect that Mr. Tyman placed a GPS tracking device on the underside of his victim’s car. They arrested him and charged him with attempted breaking and entering as well as stalking after a month-long investigation. In an ironic twist of fate, a judge released Tyman under house arrest and ordered him to wear a GPS tracking device as well as to stay away from his victim pending the final outcome of the case.

We’re not trying to make you paranoid that somebody might be stalking you with a GPS tracker. Although the use of electronic means, including GPS to commit a crime such as stalking are on the rise, your chances of someone doing this to you are hopefully small. We still stand by GPS technology as an effective tool for keeping people, vehicles, and assets safe. However, if you’re concerned someone might be tracking you without your knowledge, this post on hidden GPS trackers will help you inspect your car or truck. If you discover a device, we encourage you to contact your local police department.