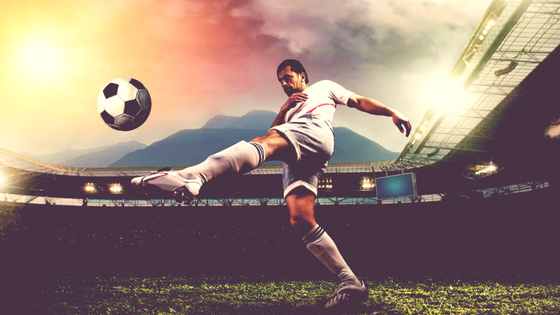 Here at GPS Technologies, we like to write about our own GPS tracking solutions as well as on the world of GPS technology, including in the world of professional sports. We recently covered the use of Electronic Performance Tracking Systems (EPTS) and the NFL.


With the 2018 World Cup going on right now, we thought we’d turn our attention to a different type of football – soccer.

The embrace of GPS and other tracking technologies by professional soccer occurred later than most professional sports, but since FIFA (International Federation of Football Association) approved Goal Line Technology (GLT)  in 2012, it’s rapidly catching up to other sports. In fact, at this year’s World Cup, both the tournament and many teams are using tracking technology and other electronic technologies to improve the accuracy of scoring, prevent player injuries, and ensure more fairness when it comes to referee decisions.

Types of tech at FIFA’s 2018 Worldcup in Russia

FIFA has come a long way since allowing GLT in the World Cup in Japan in 2012 and in Brazil in 2014. In just 4 years, the organization and many professional soccer teams have adopted a host of tracking technologies and tools from GLT to VAR to EPTS. Let’s briefly examine how each technology works.

What is Goal Line Technology (GLT)?

GLT, also sometimes called the Goal Decision System can detect if a goal was scored or not with impressive accuracy. When it comes to the World Cup, GLT debuted at FIFA’s 2012 World Cup in Japan and although there’s been some debate about if it removes the human element from the game, and not everyone is satisfied that the technologies involved are always accurate, most people are happy that the technology that’s similar to what’s being used in other professional sports, has made it to the world of professional soccer.

So how does GLT work?

There are two main types of GLT systems, 1 is camera-based and the other uses magnetic fields. Both systems involve smartwatches that the referees wear to receive a signal when a goal is scored.

What is Camera-based GoalControl-4D GLT?

In the camera-based system that FIFA often uses, 14 high-speed cameras are installed at key vantage points around the soccer field. Seven are aimed from their positions at each of the two goals. These cameras can detect the soccer ball’s exact location in the goal area. Computer software is used to analyze the footage from the cameras and in less than a split second calculates the ball’s exact position as X, Y, and Z coordinates and ball speed. When the ball crosses the goal line, the computer immediately sends a signal to the referee’s smartwatch. Because the system uses triangulation to calculate the ball’s position, it’s extremely accurate even when some of the system’s cameras are blocked.

What is Magnetic Fields System GLT?

With a system that uses magnetic fields, underground cables are used, not cameras. These cables are installed underground and around the goal. In addition to the cables, the soccer ball itself has a sensor inside that disrupts the magnetic field at the entrance to the goal. Computer software analyzes the disturbance from the ball sensors and the interaction with the underground cables to determine if the ball crossed the goal line. Again, if a goal is scored, the software sends a signal to the referee’s smartwatch.

What is a Video Assistant Referee (VAR)?

VAR is a video technology that helps officials make more accurate decisions and it’s now being used at the FIFA World Cup in 2018. It’s not used to replace referee decisions and FIFA has very specific rules for how VAR can be used, which is only to help correct “clear and obvious errors.” There are four areas where FIFA’s rules state VAR can be used to pinpoint decisions. Those are straight red cards, mistaken identity, penalties, and goals.

How does VAR work?

Cameras are set up around the soccer field so they have a view of it from multiple angles. Meanwhile, human referees watch footage from the cameras in real-time from a booth or remote location. They wear headsets and communicate with the on-field referees and can tell these officials if any errors have been made. The referee then pauses gameplay, reviews the video footage and decides if there was an error or if his or her original decision stands, then instructs the game to start again.

In some cases where the on-field official is unsure of what call he or she should make, the VAR makes the decision. The on-field referee makes a signal to show a rectangle like a monitor and the remote video referee will review the video footage and make the call.

What is an Electronic Performance Tracking System (EPTS)?

Besides tracking technology and video technology to help improve the accuracy of scoring and penalty decisions, many professional soccer teams are using tracking solutions, otherwise known as Electronic Performance Tracking Systems, or EPTS. EPTS involves both camera-based and tracking systems that players can wear as well as technology that can be used inside equipment such as a soccer ball and it’s designed to help monitor player training levels and improve team as well as individual player performance. We’ve already talked about camera-based solutions like GLT and VAR, but what about technology that players can wear?

What are some of the EPTS devices that professional soccer players wear?

The types of performance tracking that professional athletes like soccer players wear, uses GPS tracking and GNSS tracking systems. They might include devices that involve a player wearing a compression vest with a GPS device either under or on top of their jersey, or a device that slips into a leg sleeve. They might even include the wearing of a device like a smartwatch or Fitbit that connects to GPS via an app. However, most professional soccer teams use some wearable EPTS from companies like STATSports and Catapult Sports.

At the 2018 World Cup, the teams like England, Brazil, Belgium, and Germany wear STATSports’ GPS tracking vests during training and this past  March, the United States Soccer Federation partnered with STATSports to provide performance monitoring equipment across all its divisions including Men’s, Women’s, Youth, Paralympic, Futsal and Beach National, Development Academy Clubs and National Women’s Soccer League. The US Soccer Federation/STATSports deal is currently the largest GPS performance tracking partnership worldwide.

What are the benefits of EPTS use in professional soccer?

The use of EPTS to track professional soccer players has huge benefits for both individual players and their teams whether in professional soccer or amateur and youth leagues. The devices can track kicks, sprints, the intensity, training levels, and stress loads on a player. This information allows coaches, trainers, physical therapists, and sports physicians to determine if an adjustment needs to be made to an individual player’s training. That means the use of EPTS tracking technology can help prevent and reduce injuries as well as identify the individual strengths and weaknesses of players so teams can be better coordinated and training can be changed or added to target specific skills and positions.

While we don’t provide athletic performance tracking equipment since GPS tracking is our passion, we love learning about all the ways GPS is driving innovations beyond fleet tracking, asset tracking, and teen tracking! We were super excited to learn about all the different GPS and other types of electronic tracking that FIFA is using at the 2018 World Cup in Russia.

With performance tracking like Goal Line Technology, Video Assistant Referees, and GPS powered Electronic Performance Tracking Systems, the world of professional soccer, that other Football, has really embraced new GPS technologies quickly. These technologies while controversial to some fans can only serve to improve the game and reduce player injuries.


What do you think? Comment below on your thoughts on all the technology that’s used in professional soccer, and all professional sports.