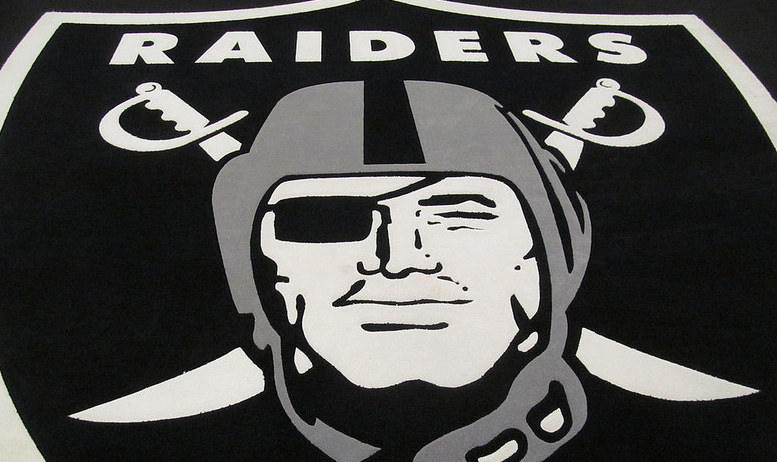 It’s not that Gruden is completely against the technological advances of the twenty-first century, like some kind of hermit who decries any new piece of digital wizardry as the work of the devil. He just has some reservations about its place on and off the football field, and whether he’s right in his restraint is something to be debated.

This past January, Gruden was announced as the new head coach of the Oakland Raiders. It’s his first coaching job with the NFL after nearly a decade away since being fired by the Tampa Bay Buccaneers in early 2009. And while he doesn’t plan to completely turn his nose up at the numbers game that training has become in many ways, he’s apparently convinced that what’s really needed to scrap a winning team together is good, ol’-fashioned hard work.

Or something. It’s hard to tell when Gruden, who tends to say everything with a half-smile, is being serious. For the time being, at least, he seems legitimate about not worrying about the GPS player data that the league gives to every team in order to monitor performance.

“I’m trying to throw the game back to 1998,” he claimed during an interview at the NFL Combine in late February, citing his time as a broadcaster in recent years and the opportunity it gave him to observe just how the data was being used. “…I went around and observed every time … there’s a stack of analytic data … people don’t even know how to read it. It’s one thing to have the data; it’s another thing to know how to read the damn thing. So, I’m not going to rely on GPSes and all the modern technology.”

Taking football a step into the future

The “modern technology” he refers to isn’t exactly a brand-new invention of the last decade or two: analytics has been a part of the scouting process for recruiting for a long, long time. Granted, its shape and degree of use have changed over the years, but it’s more of an evolution than a completely newfangled contraption of the modern age.

That evolution makes use of GPS by having a small RFID (Radio-Frequency Identification) tracking chip inserted into the shoulder pads of each player, which delivers a variety of data: the distance that players cover during plays, their speed in relation to their maximum, and more. Such information can be used to help monitor exertion, which can in turn help prevent injuries by letting coaches know when and how to adjust individual workloads, practice length, and training intensity.

Which is all well and good, and has certainly proven useful since the system debuted in the 2016 season — at least, during practices and pre-season preparation. Using the technology elsewhere, such as on game day, however, has yet to have its time in the spotlight. When the miles of numbers first become available, almost nobody really knew what to do with them all. No coach would deny that tracking isn’t useful to some degree in keeping their players training safely, but whether or not all that data could be used to actually help win games is a matter of debate; for many, the standard of watching playback tape is more than enough.

So, to some extent, one could argue that Gruden has a point; right now, you really don’t seem to need reams of figures to get an edge on your rival on game day. Nobody’s using the technology in that way; at least, not yet.

So what’s the problem with Gruden’s “back to basics” idea? The problem is that, for him, it’s not simply that the data isn’t necessary, it’s that the data hampers the extent to which he can push his players. And that’s dangerous.

In recent years, more and more evidence is showing just how damaging playing football really is. Combined with reports that the NFL has been working to influence and cover up the physical realities of the sport, it’s clear that utilizing GPS to better understand and limit the sheer physical exertion that the sport demands is undoubtedly a good thing.

According to Gruden, however, it’s lead to the league babying their stars. “We stop a high school game in Florida three times every half to give ‘em a water break. We run a zone-read every play in college — don’t even block the defensive end; we read him — because players can’t push themselves. It’s too risky; somebody had an episode six years ago,” he bemoaned in a Sports Illustrated profile last month.

A future in doubt

Returning to a system that you’ve been out of for nearly ten years believing that it’s “broken” — that you’re the one who can come in and fix it so long as you’re allowed to return to some golden yesterday that doesn’t exist anymore — isn’t the most assuring way to start off with your new team.

To be fair, though, Gruden isn’t completely unwilling to change things: “I will certainly have some people that are professional that can help me in that regard [referring to GPS].” He just seems determined to get back to the football that he coached last, evolution in the intervening years be damned.

Whether or not this will work has yet to be seen, but there’s a lesson to be learned here regardless: times change, systems evolve, and you have to be willing to work with it if you’re going to be jumping back in feet-first. Not everyone needs to use these changes in the same manner, or to the same degree; you just can’t afford to ignore it. We’ll have to wait and see just how Gruden’s particular approach plays out.

What do you think, readers? Is Gruden’s “back to basics” approach a needed throwback, or an unadvisable stab at nostalgia?