US Military Looking for Navigation Beyond GPS 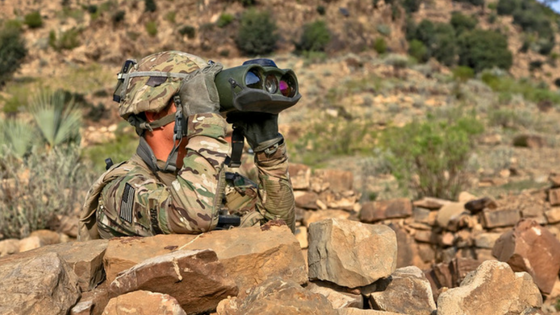 Back in April, we explored a common question that’s on a lot of people’s minds about the navigation system so many of us rely on here in the United States in our post, How Secure are the Satellites that Keep GPS Service Running in the US? This piece is a sort of follow up to that post so we decided to explore the answer to the question: Is the US military looking for the next navigation system beyond GPS?

Of course, as we pointed out in our other post, this is not a new concern, but an ongoing issue that’s become highlighted again by the recent spotlight on the suspected foreign hacking of various systems we rely on in the United States. So is the US military looking for something to replace GPS? The answer is yes, no, possibly, it depends on what you mean. As to whether the US military is improving the current GPS system and making sure they’re also trained in navigation methods that don’t rely on GPS, the answer is definitely a clear yes.

On Feb 13, 2018, the United States Air Force Space and Missile Systems Center posted an announcement that it would be soliciting bids for the production of 22 new GPS 3 satellites in 2019.

This after the Pentagon stated it had plans to spend $2 billion over 5 years on new GPS satellites that will be more resistant to hackers and foreign operatives. Within that budget is $451.9 million towards research, development, testing, and analysis of projects related to what the Department of Defence terms as a “new start” for GPS 3, rather than just an improvement of the existing GPS 3 systems. Who knows why they didn’t choose to call it GPS 4? Perhaps it really is just a way to make GPS 3 jamming and sabotage proof. Regardless, the first of the new GPS 3 satellites will be ready to go in 2026. It’s also important to note that the US Air Force shifted almost $700 million from the GPS 3 program to their Research, Development, Testing, and Evaluation budget for a new navigation program.

So what’s the difference between GPS, GPS 2, and now GBS 3?

We won’t go too much into the history of GPS here, but if you’re curious, check out this post we wrote that contains a brief timeline about the evolution of satellite navigation technology from its early days to the GPS 2 system. In the post, you’ll discover that the first GPS system originated in 1974 and became fully operational in 1989 for consumers in addition to the military. At that time the DOD purposefully made GPS slightly inaccurate for non-military use and continued that practice until the year 2000. The original GPS had just 1 channel for civilian navigation. GPS 2 had 2, and GPS 3 has 3. Basically as far as non-military use is concerned anyway, the upgrades in GPS satellite systems have translated into more accurate navigation and clearer GPS signals rather than making the satellites more resistant to hacking and jamming.

However, the military uses different GPS channels for their navigation, the Precise Positioning Service or GPS PPS. These channels use encryption keys as anti-spoofing measures but have still been found to be potentially vulnerable to foreign interference or attack. Hence, like we’ve mentioned already, the Pentagon and Air Force are looking for ways to improve GPS 3 as well as doing research and development into new navigation technologies.

All this being said, are we too reliant on GPS technology for navigation?

It’s true that we’ve all begun to rely heavily on GPS systems to find our way from place to place, but as far as navigation is concerned, humans, including militaries have found their way and figured out how to find each other without the use of GPS. It’s just that GPS and other newer navigation systems are less prone to human error than orienteering might be.

Still, it’s important that the military and probably everybody, learn how to get around without over-relying on GPS in case one day it goes down. And if you think it won’t, you’re wrong. In January of 2018, the US Air Force actually conducted exercises in what it would be like to fight a war without GPS and turned GPS navigation off entirely for the western part of the United States.

However, GPS isn’t the only method the US military uses for navigation which brings us to the Army and the Marines. How do the Army and Marines navigate?

Obviously, like the Air Force, both the Army and the Marines also use the GPS 3 PPS to navigate. But that’s not the only system they use. In addition to GPS, the US Army and Marines also train in fiend navigation the old-fashioned way, with a map and compass. Known as orienteering or scouting, this method has been around since, well maps and compasses have been around. Orienteering itself became a sport in the 19th century but that’s an unrelated bit of trivia.

Another way the US Army has developed for navigation that also doesn’t rely on GPS is a vision-aided navigation system developed by the Army Materiel Command’s Communication, Development and Engineering Center, or CERDEC. This vision-aided system uses tiny cameras. The cameras can snap pictures of objects at rapid speeds. They then compare the features of the object to calculate direction and distance a person has moved in relation to the object. The system also uses inertial measurement units or IMUs to help pinpoint how far away a person is from an object. The data from the camera and the IMU’s are then compared. Basically, this system in a combination of cameras, IMU’s and a powerful algorithm which make it a close to comparable navigation method to GPS.

What about the Navy and the Coast Guard? How can they navigate without GPS?

Like you, me, the Air Force, and the Army, the Navy also relies on GPS for navigation. But in 2016, the Navy decided to start teaching cadets at the Naval Academy how to use a method of navigating that sailors have been using for thousands of years, celestial navigation.

What is celestial navigation? It’s a method of navigation that uses stars and planets to determine location. The US Navy stopped training in celestial navigation just over 10 years ago, but it had stopped using the method to navigate in the late 1970’s with the advent of GPS. However, like the rest of the military, it too must have non-satellite methods of navigation at the ready in case the GPS system should go down. Imagine what would happen if nobody was left in the Navy who could navigate a ship across the open ocean without the use of GPS?

In our other article about the security of GPS, we also talked about a new old system of navigation the US Coast Guard is using and improving again, LORAN. LORAN is a landbased system that doesn’t use satellites and which is now almost as accurate as GPS.

For a long time, most of the attention on GPS by both the military and consumer groups seemed to be on improving its accuracy. However, with the rise of awareness of data security, hacking, and other tech crimes, the focus has turned towards how the Pentagon and other organizations can either make GPS more resistant to spoofers, hackers, and other forms of interference and sabotage or how they can create new and better systems, or improve old ones. In addition, just about every branch of the US military seems to also be going back to non-tech and low-tech forms of navigation, some of which have been around for centuries if not millennia.

In many ways, we should all also make sure we know how to find our way using older methods like maps and compasses. That doesn’t mean we should scrap GPS entirely. If you use GPS to navigate or to track your business assets, you don’t have the same worries and aren’t in the same kinds of jeopardy as the military is. All in all, GPS technology remains as a highly effective tool in keeping people safe and in helping us all find our way.

What do you think? Do we need a new, better and more secure system? Should we all also know how to navigate without technology such as GPS? What’s your opinion on where GPS is going? Leave your thoughts and questions in the comments section below.