What Does a GPS Tracker Use to Track Vehicles 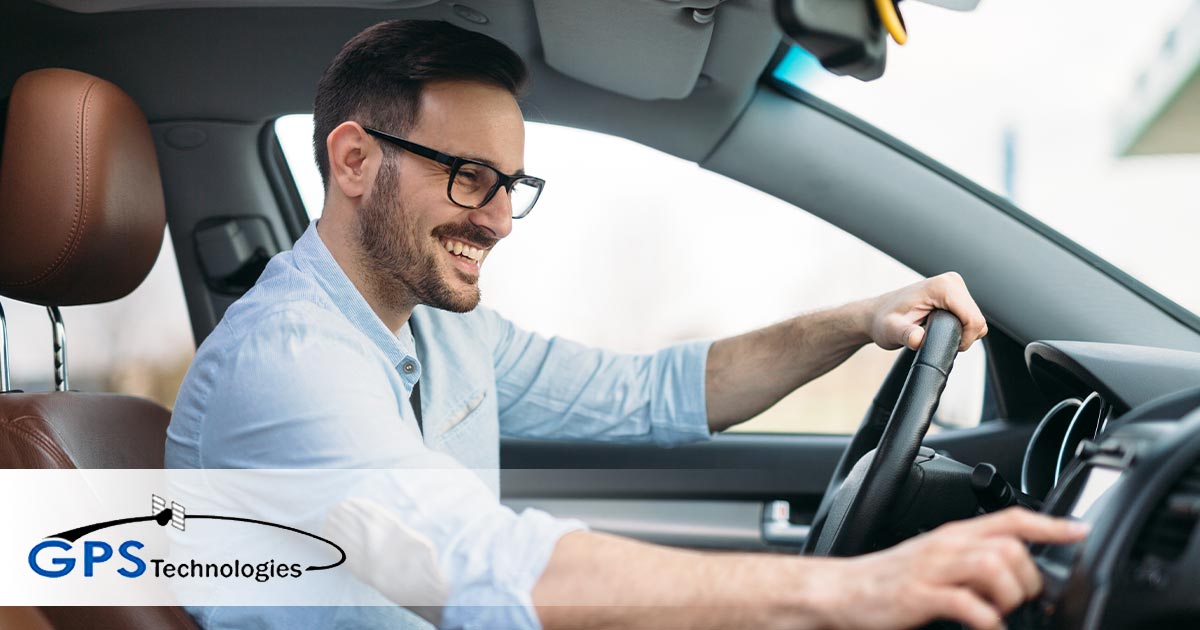 What is a GPS (Global Positioning System)?

Straight out of science fiction, we have the amazing benefits of global location monitoring. GPS is a series of satellites placed in incredibly high orbits above Earth, operated by the USAF (United States Air Force) that are used to locate anyone with an appropriate receiver accurately.

These specialized satellites carry very stable atomic clocks that are synchronized with each other and ground clocks by sending continuous radio signals about the current time and date of their position. Since we live in three dimensions (3D), accurately identifying a position requires triangulating the relative positions between at least three satellites. To ensure global coverage, the US government completed the initial system, which consisted of a constellation of 24 satellites launched into geostationary orbits.

While the original network only had accuracy on the order of a dozen feet, today’s modern systems using the L5 band can accurately identify a location to less than one foot. This resolution is impressive, given how much the atmosphere and interference from electromagnetic radiation can interfere with the signals.

Today, whether you are driving the crowded streets of Istanbul or taking a road trip across America, your phone or dedicated positioning device is always “listening” to the continual radio emissions by the positioning satellites, and are thus able to provide you your location.

Google Maps, for example, is only possible because of the system. As of 2019, the US government operates 33 GPS satellites, including redundancies in case one or more fail. There are 25 more planned, which will offer better resolution and be able to handle more traffic.

Because the US government can selectively deny access to the system, several countries developed their own global positioning systems. Today China, the EU, Russia, and Japan all have their own systems that can be used to assist each other in providing the most accurate positioning and speed information possible. These competing networks provide redundancy to civil, scientific, and commercial entities using the system.

How Does GPS Work?

Positioning satellites orbit the Earth incredibly high up. For a sense of scale, the International Space Station orbits the Earth at a height of around 490 miles, while satellites are approximately 12,000 miles up. At this altitude above the surface of the planet they only make two orbits around the planet a day. This ensures that at all times, regardless of where you are on the planet, there are at least four positioning satellites “visible” to you. If a satellite is on the other side of the Earth, its signal is obscured and cannot reach the tracker.

The speed of light is constant at approximately 186,000 miles per second (300,000 km/s). Therefore you can tell how far away an object is by how long it takes a light wave to travel to and from a location. For example, if it took two seconds for a lightwave signal to reflect back, you can work out that the object is 186,000 miles away; the light pulse having taken one second to get there and one second to propagate back. As mentioned earlier, for triangulation to work, you need at least three distinct sources. Any position tracker is simply receiving, or “listening” for the satellites as they continuously broadcast their speed and position. Then straightforward math is applied, and your receiver, with its own accurate clock, has a unique geolocation that can be mapped to the location you occupy, and thus, you know your unique positioning and speed. This is an application of the Doppler effect, and it is how all trackers work: tiny radios listening on a very specific frequency and using accurate clocks.

The scientifically minded among you may be aware that for light to travel at a constant speed in all reference frames, time dilation must occur. Precisely analogous to what happens with a black hole, though not nearly as extreme, is the fact that because geostationary satellites are traveling so fast, they must account for time-drift. Relative to the clock on your phone, the atomic clock in the constellation of satellites must account for the fact that its internal clock is 38 microseconds slower. If this time-drift were not accounted for, then accurate location finding would be impossible as, within hours, the usable accuracy would be miles instead of feet, and within weeks the errors would be larger than the planet itself.

Thank Einstein for codifying General Relativity next time you use Google Maps, as accurate location finding would not be possible without taking gravitational time-dilation into account.

The History of GPS Tracking Systems

The roots of the system are in the US military’s desire to accurately track and guide its planes. However, a tragedy that occurred at the height of the Cold War prompted President Reagan to issue a directive to make it freely available for civilian use.

The tragedy that spurred President Reagan to make this directive was Korean Air Lines Flight 007. On September 1, 1983, a 747 flying from Anchorage to Seoul mistakenly flew into USSR’s prohibited airspace, and the plane was shot down, killing all 269 on board. The tragedy was caused in part by the inaccuracies with the charting information that was common for all airlines at the time.

The US first began developing Global Positioning in the 1970’s, but it was of global benefit for civilians to reliably know their location so as to avoid deadly mishaps.

Beginning in 1989 and in operation in 1995, 24th the final Block II satellite was successfully orbited, completing the constellation. Any civilian in any country could now, for free, track their speed and positioning with an appropriate receiver. In 2000, President Clinton signed a policy directive to allow civilians to receive the same accuracy as the US military (until this point, the data was purposefully “fuzzy” to ensure that the US military maintained an advantage over anyone else using the system). Today, the US Department of Defense is required by law to “maintain a Standard Positioning Service (as defined in the federal radio navigation plan and the standard positioning service signal specification) that will be available on a continuous, worldwide basis.”

There are some restrictions on civilian usage of global positioning. If the satellites detect a receiver that is functioning above 60,000 feet above sea level and traveling at speeds greater than 1,000 mph, then the system will assume you are an intercontinental ballistic missile (ICBM) trying to deliver a nuclear payload and will stop sending updates to that device. In short, bad actors cannot use it to guide nuclear bombs. 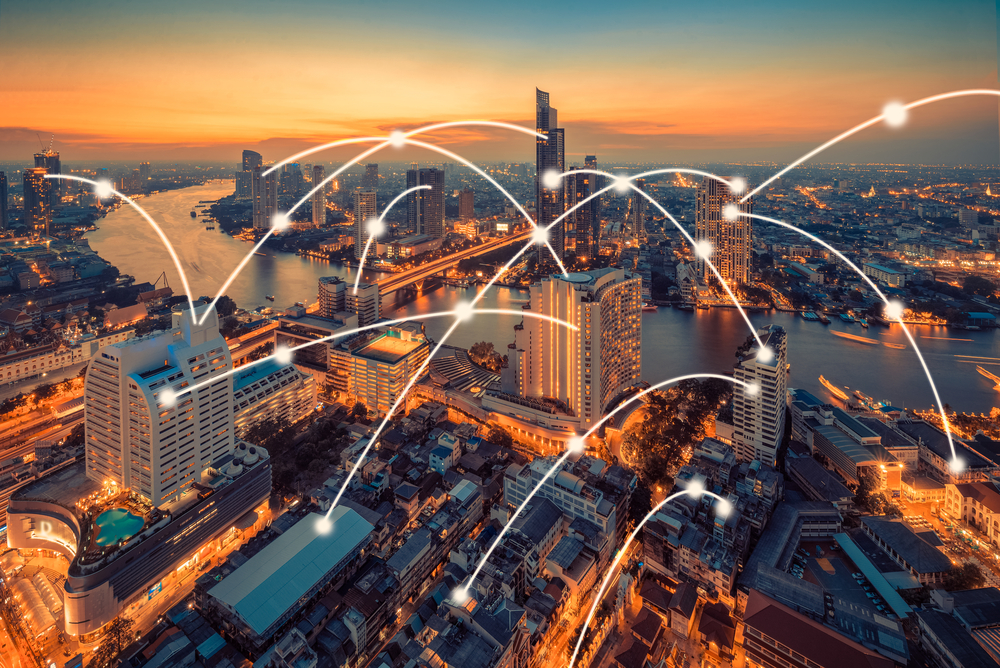 Thanks to the US government, tracking solutions are now available for anyone who wants it. However, there are better uses of the technology today that can benefit you as a parent, for example.

Despite having its origins in the Cold War, the constellation network is much more than a military tool used to pinpoint submarines, planes, and missiles. This multi-use, radio-navigation system operated by the USAF benefits people the world over on a daily basis. Monitoring solutions improve on this functionality by providing actionable data and business intelligence that can be utilized for business optimization purposes, asset tracking, or monitoring the driving habits of your teen driver. Regardless of the use-case, the global location system is an essential and underappreciated network that provides safety, security, and business solutions to people across the globe.