Is Your Fleet Ready for Teen Drivers? 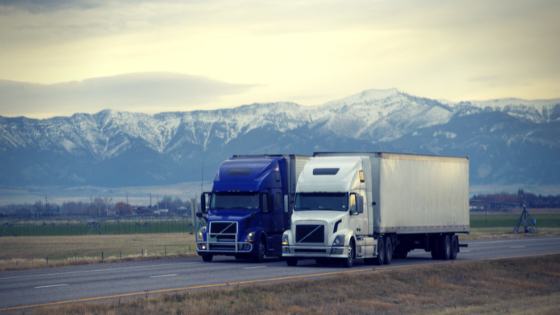 With a perceived shortage in hires that is only increasing every year and a steady, impending rise in demand for yet more drivers in the coming decade, the trucking industry is in a bit of a bind. As companies continue to deal with an extremely high turnover rate and competition from e-commerce, some people in the transportation business are hoping that Washington will soon provide them a boon to combat the yawning deficit by giving them access to a previously underutilized and largely untapped resource: teenagers.

Install the Teen Track Plug into any car and instantly get access to your teen driver’s good and bad driving habits. Comes with speed alerts, geo-fencing, and maintenance alerts for one low, monthly fee without contracts.

So, is your fleet ready to hire teen drivers? You probably have a pretty strong, knee-jerk reaction towards one answer or the other, and that’s understandable. But before you go brushing off the question as an easy one, there are quite a few factors that you’ll want to consider first, including many more significant implications for the profession as a whole.

Because — surprise! — The prospect of hiring so young is a somewhat complicated one. Let’s get into it.

Tapping into a new wellspring for hiring

First, there’s the matter of what’s actually being proposed here. First introduced back in March by House Republicans Hunter Duncan and Trey Hollingsworth, H.R. 5358 — also known as the Developing Responsible Individuals for a Vibrant Economy Act, or DRIVE-Safe Act — the legislation key to this prospect seeks to roll back previous laws that prevent truck drivers who are under 21 years of age from crossing state borders. Most states already allow 18-year-olds to get a commercial driver’s license, but federal restrictions prevent them from driving outside of state borders. The goal of DRIVE-Safe is to remove this restriction after teenagers between 18 and 20 years old complete a 400-hour training program. The program includes the following two parts:

1. An initial probationary period of 120 hours with at least 80 being drive time under the supervision of an experienced driver.

2. The initial driving training is followed by another stretch of 280 hours with at least 160 being drive time under the supervision of an experienced driver in which they have demonstrated proficiency in backing, maneuvering, fueling, and other key responsibilities.

Other legislation in the same vein has also been released in recent years, proving that 5358 isn’t the only catalyst brewing in Washington. 2016 saw a pilot program introduced in the midst of the Obama-era FAST Act which would waive minimum age requirements for cross-country truckers, but only for those in the military. It entered a second period for public comment back in July and is still in the midst of being debated; at the same time, the WHEEL Act, introduced in September of last year, seeks to expand the rules of said program to include any qualified driver under 21. While neither of these bills has yet to see a definitive step towards official publication, they do hint at the kind of shift that DRIVE-Safe hopes to establish.

The pros and cons of teen truck drivers on the highway

The push to allow such young motorists behind the wheels of 40-ton vehicles has naturally split interested parties down the middle.

Proponents believe that the change will create new opportunities for job-seekers just coming into the workforce after high school, keeping them from having to choose between the enormous debt that often comes with attending college or cherry-picking from limited career opportunities that accept untrained recruits. In the process, they’ll help bolster the country’s domestic economy in a sector that’s going to be seeing an ever-increasing demand in the coming years.

Supporters — which include entities like UPS, the International Foodservice Distributors Association, and American Trucking Association — see the change as a smart and safe one. The requirement of additional training that the DRIVE-Safe act would require could conceivably allow the industry to reel in new employees during the critical period between graduation and the current age requirement of 21: a time when they’re likely to find other career paths and stick to them. They also note an inherent pointlessness to the current regulations: why is it already acceptable for a young driver to trek hundreds of miles from one side of a state to the other driving large commercial vehicles while making a much shorter trip across state lines is deemed too risky?

Opponents, meanwhile, see the push as a dangerous erosion of safety regulations — for both the budding employees and the public at large. The primary argument made by safety groups is the fact that drivers within that sub-21 group are already much more likely to be involved in auto accidents than any other demographic, and that’s prior to factoring in the additional burdens of driving such enormous specialty vehicles professionally.

The CDC notes that motor vehicle crashes are the leading cause of death of teenagers in the United States. The risk of an accident among 16- to 19-year-olds is higher than any other age group, being nearly three times more likely than those above 20 to be in a fatal crash. Reasons include their tendency to underestimate or improperly recognize dangerous driving situations, a higher likelihood to speed and drive closer to other cars, a propensity for driving late at night, and a high disposition to not wear a seat belt. Add in the long hours, strict schedules, and the cumbersome nature of several-thousand-pound eighteen wheelers, and you’ve got a powder keg of an employee that could threaten both your goods and the lives of any driver out on the road at the same time.

Detractors also worry that the training mandated by the measure won’t be enough, mainly because it’s largely subjective. Leaving standards of quality and how to address infractions up to individual employers leaves a lot of room for shortcuts and hand waves. How many shippers will be willing to overlook incompetence and inexperience for the sake of getting things moving as quickly as possible to make up for lost capital?

If younger truck drivers aren’t the answer, what is?

For these parties, the solution to the shortage should come through a long-needed overall to the system as a whole, not by dumping new, fresh faces into it. The problem, they say, isn’t in recruiting drivers: it’s in keeping them around. With a turnover rate that’s exceptionally high for larger fleets — typically hovering between 80% and 102% — the transportation industry, in general, continues to lack sufficient incentives to keep drivers around.

The big one is, of course, pay. With truckers being paid per mile and kept exempt from federal standards that most other industries must stick to, such as the Fair Labor Standards Act, which establishes requirements for minimum wage and overtime, they’re making very little money for the number of hours they’re required to put in.

Driver pay has not increased at the same rate that trucking prices have. Furthermore, there are additional frustrations that can come with the job. These frustrations range from complications with logging and tracking hours and a lack of other benefits to the amount of time drivers have to be away from home and ensure that many would rather find employment elsewhere than try to muscle through long days and a pay rate that has decreased over the years.

So even if a great many teenagers decide to give the trucking business a try, what would be the point if none of them stick around?

Changes on the horizon

In some ways, the new federal requirement for ELD-based fleet tracking in the industry could integrate nicely with a younger workforce. Today’s teenagers are quick to learn and adapt to new technology, and the oversight that the devices provide would give managers the opportunity to keep these young motorists in check during their formative driving years. Still, it begs the question of which scenario is better in the face of this industry-wide complication: teaching malleable but inexperienced employees while in a rather high-stakes job, or trying to change long-held habits of the mostly middle-aged workforce that looks to retire soon?

Whatever your company may think, there’s no doubt that a change in approach is needed to keep things moving. With a higher average in employee age — 49 as opposed to the typical 42 in other markets — fleets are going to see a lot of retirements in the coming years, and it’s clear that younger generations aren’t as interested in the field as they need to be to ensure an adequate number of replacements. An industry historically reliant on older, white men to fill its ranks is going to face increasingly tricky hurdles unless it can adapt and make itself appealing to groups who have long been sidelined and discouraged from it, including women and people of color.


Whether or not fresh-faced graduates who aren’t yet legal to even drink is a good demographic to tap is another question altogether, and not an easy one at that. If nothing else, however, this push shows that something — recruitment tactics, paychecks, safety regulations — is going to have to change if the nation’s truckers are going to be able to keep up with the rest of the country.