How to Combat Employees Who Use GPS Jammers 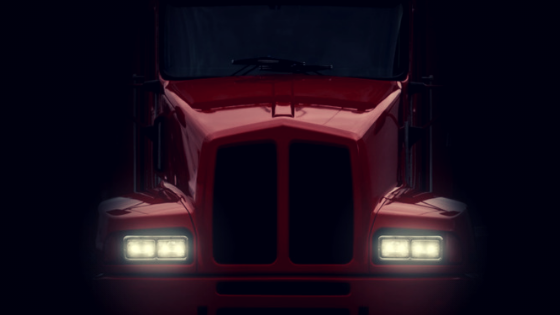 Thousands of businesses across the United States have a GPS problem. Employees have learned how to mess with GPS.

GPS spoofing and GPS jamming devices have become inexpensive and easy to use. For as little as $10, delivery drivers and long-haul truckers can disguise their locations so dispatchers won’t know they are taking long breakfast breaks or having a tryst at the motel 6.

Teenagers have learned how to use GPS jammers to block their parents’ tracking apps and for cheating at Pokémon Go. Nefarious drug runners and human traffickers spoof border patrol drones. And dodgy freight companies can use GPS spoofers and jammers to change the time stamps on arriving or departing cargo.

As we’ll explore in more detail a little later, all of these activities violate Federal law, but they are a reality of living in the 2020s. These disruptions not only affect their targets; they can also affect anyone using GPS in the vicinity.

What Is a GPS Jammer?

So what is a GPS jammer, exactly, and how do they work?

A GPS jammer is a device that uses radio frequencies to transmit a signal that blocks, jams, or interferes with GPS systems. These devices disrupt all aspects of GPS including navigation and tracking.

The devices are usually small, and most of them are a snap to install. All a user has to do is to plug them into the car charger port and make sure the device is close to the GPS tracker. This way it can interfere with the signal.

GPS jammers and spoofers take less than 30 seconds to power up. They can be taken out and plugged again as needed, covering up evidence of wrongdoing. This makes them attractive to criminals and unreliable employees (and delinquent teenagers) who don’t want employers, parents, or the police to track them.

GPS jammers are easy to find. Do a search in Google for GPS jammers, and you can find numerous websites where you can purchase them including an e-commerce site called Jammer Store.

So, are GPS jammers and spoofers legal?

If you go to the US government’s GPS website’s page on jamming, the first thing you will see is:

There are very good reasons it is illegal to interfere with GPS devices. Emergency medical services, fire departments, and the police depend on them. So does the military. Chinese, Russian, and Iranian hackers have interfered with GPS tracking of international shipments. The likelihood of your employee taking a break in the middle of the day getting mistaken for a foreign agent are, let’s be for real, very small, but the consequences to that employee and your business could be enormous.

What are the Consequences of GPS Jamming?

As we mentioned earlier but it bears repeating, GPS and cell phone jammers can interfere with emergency services like 9-1-1, ambulances, firefighters, and police. Furthermore, GPS jamming devices have interfered with airplane navigation.

For example, in 2015, planes landing at Northeast Philadelphia Airport were losing their GPS signal from 1 mile away from the airport. The FCC discovered that a truck driver in a parking lot was using a jammer to disable a tracking device on his truck that he didn’t know was illegal. The FCC agent immediately confiscated the device and destroyed it with a sledgehammer. Luckily for the trucker, the FCC didn’t fine him for using the device, because others haven’t gotten off so easily.

Do Drivers Want to Know How to Jam GPS?

In another aviation incident in Newark, the Federal Aviation Administration filed a complaint with the FCC that something was interfering with the signals from the GPS tracking system at the Newark Liberty International Airport. An FCC investigation discovered that a man named Gary Bojczak was using a GPS jamming device to hide from his employer. The FCC fined the man $31,875.

From the above incidents, it’s evident that some drivers are using GPS jammers to block fleet tracking and other GPS tracking devices, but is it a significant problem? In 2016 NBC News reported that according to a 2012 UK study known as the Sentinel Project, 20 roadside monitors found between 50 and 450 daily instances of jamming across the UK. 9 out of 10 of those jammers were employed by fleet drivers or truckers. A smaller 2014 study by Rohde & Schwarz discovered that every 3rd or 4th truck on a major highway near Portland International Airport in Oregon was broadcasting at the same frequency as GPS, meaning these trucks were potentially blocking GPS tracking.

However, the US trucking association says they have found no evidence to show that large numbers of truck drivers are using GPS jammers, and the Sentinel project found that it was drivers of smaller vehicles like delivery and service vehicles, as well as taxis that were the primary type of employee to use GPS jammers, not truckers. That’s because most truck drivers are well aware of the regulations and penalties they can incur for using a jamming device to manipulate their driving logs or to hide from employers.

How Do I Know an Employee Is Using a GPS Jammer?

The good news is if you have one or more employees who try to use a GPS jammer to disrupt your fleet tracking system, you’ll know. While your drivers might think the illegal jammers make them invisible, what they do instead is to attract more attention to their behavior.

If an employee is using a GPS jammer to disrupt the GPS signal, it will appear on the live tracking map or trip history map as an interrupted or missing trip. If they plug their jammer in during just part of the trip, you’ll see a line from when the jamming started to when the device was turned off. Some later model GPS tracking devices even have GPS jamming detection. Plus you can also create an exception rule that looks for GPS signal faults and triggers an alert or email when GPS interference occurs.

Once you detect an employee has disrupted GPS tracking, you can take appropriate disciplinary measures. You also have a record of the GPS jamming for disciplinary action such as firing the offending employees for cause.

Many people don’t realize that they are breaking federal law when they use a GPS jammer. But they do know they are breaking work rules when they use them to hide their locations from your dispatch office during working hours. Employees need to know that the use of these devices can result in more than just the termination of their employment.

Need help setting up your systems to deal with GPS jamming and spoofing? Contact GPS Technologies for more information on how the latest developments in GPS tracking can save you money. Or call us at (847) 382-5107 weekdays from 8 until 5 Eastern for answers to your questions of a confidential bid. We’re here to help you save money and exert tighter controls with GPS.