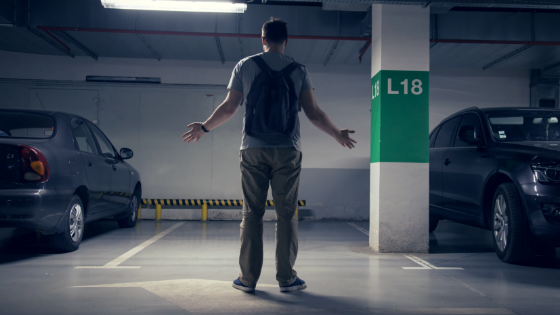 While we can go on at length about the company benefits that come from an investment in GPS technologies, most of those perks exist in a bubble of theory; yes, they sound pretty good, but they’re all just supposition, right?

Install the Teen Track Plug into any car and instantly get access to your teen driver’s good and bad driving habits. Comes with speed alerts, geo-fencing, and maintenance alerts for one low, monthly fee without contracts.


Maybe you need something a little more concrete. Testimonials and stories from actual users of GPS systems can give you a clearer idea of what the technology could do for you down the line, so let’s look at a few different incidents and how they demonstrate the perks of the technology.

Michael Woodall, a project manager for Peterson Industrial, Inc., shares an incident in which company employees attempted to cheat the system for extra cash. The business had several men working at a plant several hours out of town, which called Michael to ask about his crew’s location late in the day, hoping to talk to them about additional work later in the week. When Michael called his men, he was told that they were just outside the building, getting ready to head home, and could pop back in to find out what the request was.

Afterward, while checking on the status of another vehicle in his fleet, Michael accidentally pulled up the GPS coordinates of the men… only to find that they were two-plus hours away from the plant and had had to turn around to drive all the way back. With a bit more digging, he realized that the employees had also not clocked out before driving back as they were supposed to, meaning they were ignoring company rules to get paid for time they hadn’t worked.

Thanks to the system they had in place, Michael was able to address the issue immediately and save enough money in the process to pay for all of their GPS units for the next year.

How GPS Tracking Aids In the Recovery of Stolen Property

A crew for the Texas Lawn Enforcement landscaping company in Houston was on its lunch break, so the group stopped at a fast-food restaurant and went inside to place an order. It only took around four minutes, but by the time they had ordered and went back out to check on their vehicle, they discovered that the company truck, its trailer, and the $30,000 worth of equipment inside were gone.

After he was alerted to the theft, owner Luke Thomas immediately called the police to report the robbery. Leaving them on speaker, he was able to open up his GPS app, pinpoint exactly where the vanished truck was, and give the authorities real-time updates on where it was heading. As a result, the police were able to corner the thief quickly. Though the man escaped on foot, the company was nonetheless able to recover all of its property unscathed, saving Luke tens of thousands of dollars right as his business was entering its busiest time of year.

As the owner of U.S. Concrete Construction, Michael Lasley needed to keep better tabs on his primary work vehicle while he was out of the state. Checking the GPS that he had installed shortly before his trip, he discovered that his truck was over fifteen miles away from the job site, right in the middle of regular working hours. Calling his foreman, he was told that his employee was simply on his way to lunch; but after pressing the issue and revealing that he knew how far away he was, Michael’s foreman admitted that he and a few other employees were actually on the way to the bank to cash their paychecks at their absent boss’s expense for both gas and hours on the clock.

Now that he always knows when the truck leaves for a job site, when it leaves said job site, and when it returns for the day, Michael has seen incidents like this all but entirely stopped, even during those times that he’s not able to be constantly overseeing his business in person.

Tangible Benefits that You Can Count On

As these examples show, setting a GPS system up for your company isn’t the sort of expense that you’ll have to wait years to see returns on. In fact, many (if not most) companies are seeing reimbursement and return gains almost immediately after investing in the technology, whether it’s by cutting down on previously unseen exploitation and waste or quickly rectifying potentially devastating, unforeseen events.


As much as we’d like to build our livelihoods on good faith and trust, we’ve all experienced enough of life to know that that’s an unfortunately naive way to work with and depend on other people. Most of the time, a little reassurance is necessary to keep things running efficiently, and GPS is a proven solution that could very well do the trick for you!