How Scientists Use GPS to Predict Tsunamis 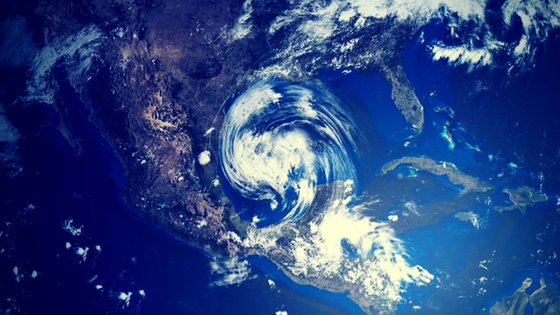 In times of disaster, the best course of action may be the only logical one: get out of the way. When such is the case, timing is everything.

If there is one thing that GPS is adept at, it’s improving our timing. It’s no surprise, then, that the same technology used to keep track of our company’s fleet as well as get us to the movies before the previews start is also being put to work in saving the lives of those in the danger zone.

When Mother Nature gets restless, human lives are put at risk. Emergency broadcast systems are the sole line of defense that we have in these situations: the sooner that warnings can be issued, the better chance we have of escaping Earth’s dangerous power.

For coastal dwellers, tsunamis are a persistent threat. Thousands die when these waves hit populated areas that haven’t had the time to evacuate. Since the majority of them are caused by other natural phenomena, addressing these events is not about prevention, but response.

Our current warning system is ineffective.

Today’s warning system works like this: when an undersea earthquake occurs, seismometers — instruments that measure the motion of the earth when it shakes — detect this activity and broadcast it. The collected data from these meters is compiled to sketch a picture of the event, triangulating its source of origin, magnitude, and depth. From there, scientists are able to estimate just how much of the water above the shift has been displaced by the released energy, in turn calculating the likely size of the waves.

According to the American Geophysical Union (AGU), the problem is that the strength of an earthquake does not always directly correlate to the power of a wave, hence why some earthquakes may not generate tsunamis at all, even when fairly large. Also, a problem is the fact that seismometers become less reliable the more powerful a quake is: those closest to the source will likely be inaccurate, and so agencies must wait until monitors further away register the breach to get a clearer picture.

And there’s the dangerous trade-off. Responding too quickly with potentially wrong information can lead to an outright false alarm or, more importantly, a too-conservative estimate of the danger. However, waiting to get a more accurate read may not give coastal cities enough time to respond if the danger turns out to be real.

How can satellites in space predict what’s happening here on Earth?

Here is where those orbiting satellites come in, offering not one but multiple new methods for employing GPS to better improve the speed and accuracy of warnings.

The first involves measuring the earth. GPS is already used to observe the movement of tectonic plates, so by recording the radio signals between satellites and stations positioned near a quake, University Today reports that scientists can calculate how far the latter have moved due to the earth’s shifting, and then derive a clear picture of an earthquake’s power and its potential to create a tsunami. In this manner, agencies can more accurately gauge an event within minutes of an earthquake’s start, rather than having to wait up to 20 minutes after it’s ended to do so, as is typical now.

The second method uses GPS information to gauge what’s above the earth instead. NASA and a team of scientists at Rome, Italy’s Sapienza University have developed a method called Variometric Approach for Real-time Ionosphere Observation (VARION). This technique relies on satellite data to observe the ionosphere – the layer of the Earth’s atmosphere directly above the surface. As a tsunami creates peaks and valleys in the water, it creates similar ripples in the air. This disturbance in the atmosphere can be read via satellite, allowing systems to observe a tsunami itself rather than the forces that caused it.

GPS data provides scientists with a bird’s-eye view of our planet.

GPS isn’t a one-and-done solution to better monitoring, but another tool in an already well-filled collection that scientists can use in tandem to reliably observe the planet and all manner of natural events, from earthquakes to landslides to volcanic eruptions. Buoys, tide gauges, pressure recorders, hydrophones, the more information we can draw from these sources, the better prepared we’ll be so we can respond.

When it comes to the unavoidable whims of Mother Nature, knowing isn’t half the battle, but the entire fight, and providing us the “where” is one of the things that makes GPS so invaluable in life-or-death situations. Of course, it’s also extremely useful for keeping your loved ones and your business assets safe. The fact that we can also use it to find the nearest McDonald’s at three in the morning is just a bonus.

What do you think? Are you excited about how scientists can use GPS satellites to help predict natural disasters like Tsunamis? Let us know in the comments below.