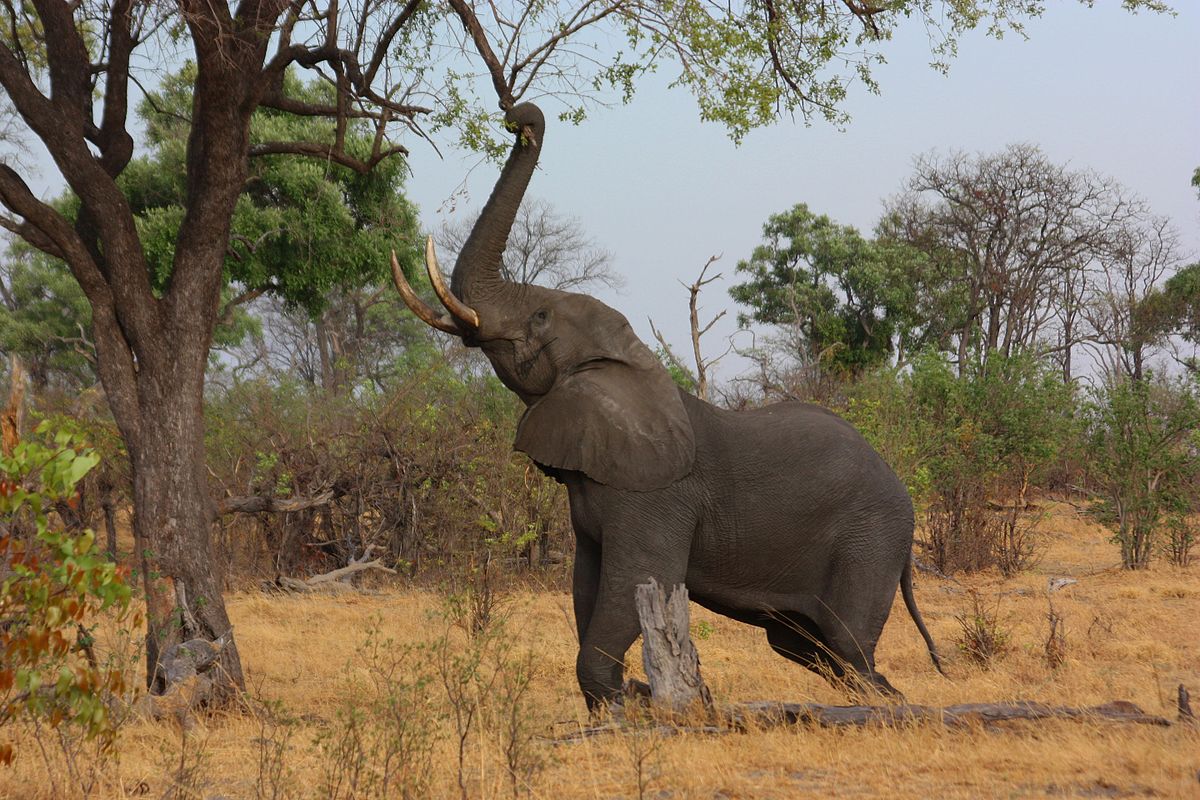 You might be wondering what elephants and elephant conservation efforts have to do with GPS and things like asset, fleet, or even teen tracking, but the fact is that because of advances in technology and the accessibility of the internet, scientists and conservationists are finding new and exciting ways to utilize GPS to aid their research and combat illegal poaching of these amazing animals.


Countries such as Gabon and Kenya have started using GPS collars to track their elephant populations and the Nonprofit organization, Elephants Without Borders, based out of Botswana, uses GPS collars and GPS-enabled cameras to track populations of elephants to study migration patterns as well as part of a larger effort to gather data for the Great Elephant Census.

You may or may not already know that the African Elephant is the largest land animal on Earth. The average size adult elephant stands between 8 and 13 feet tall and can weigh as much as 7 tons. Even baby elephants start life weighing approximately 200 pounds and are already as tall as 3 feet.

They’re found mainly in sub- Saharan Africa and the rainforest areas of central and West Africa. Unlike humans, African elephants don’t pay attention to borders, and they can migrate huge distances. Recent research by Elephants Without Borders, using GPS tracking has found that elephants have even larger ranges than was originally thought, sometimes even greater than 26,000 square kilometers.

Their distinctive size, big ears, and long trunk make them a favorite animal of the young and old alike, but it’s their ivory tusks that have put them in danger of extinction in the wild in some parts of Africa. While today, the ivory trade is outlawed, that doesn’t stop poachers and big game hunters from continuing to kill these magnificent animals for sport or profit.

On average, poachers kill an African elephant every 15 minutes, but how did things get to this point?

When European explorers first started exploring the African continent in the 16th century it’s estimated there were roughly 26 million elephants there. The elephant population stayed relatively stable until the 1800’s when items made of ivory like brush handles and combs were in fashion and when piano keys and pool balls were also made of ivory.  By the early 1900’s it had become a status symbol for European men to shoot an African elephant on safari and by 1913, the United States alone was using 200 tons of ivory a year.

Flash forward to 1989 and only 600,000 African elephants remain in spite of conservation efforts that first began in the early 1970’s and the African elephant’s classification as threatened under the Endangered Species Act in 1978. As a result, by 1990 both an international ban on the sale of ivory and a ban in the US on the import of African elephant ivory into the United States were in effect and by the 1990’s some populations of African elephants started to recover.

Because of recovering populations in some African nations, In 1999 Botswana, Namibia and Zimbabwe had permission from the Convention on International Trade in Endangered Species of Wild Fauna and Flora (CITES) for a “one-off sale” of ivory stockpiles to Japan and in 2008 South Africa plus Botswana, Namibia, and Zimbabwe got permission for another “one-off sale” to China and Japan.

In 2012 the New York Time reports that in 2011, a record number of illegal ivory was seized worldwide in the amount equal to the tusks of 4,000 dead elephants

In a study on the effect of the “one-off sales” on black market activity and elephant poaching by the National Bureau of Economic Research (NBER) released in 2016, it was found that ivory smuggling out of Africa had increased by 71%.  By 2013 research had shown that poaching of African elephants and ivory trafficking had surpassed the level of elephant natural reproduction, resulting in a net decline of elephants across Africa.

In 2014 philanthropist Paul Allen and the non-profit organization Elephants Without Borders launch an unprecedented research project, The Great Elephant Census, in partnership with several other organizations to collect data about the distribution and number of African elephants to help ensure their survival. The census shows that as of 2016 the savannah population of elephants was approximately 352,271 within the 18 countries surveyed which showed a 30% decline between 2007 and 2014 and the current rate of decline in the African elephant population is estimated at 8% a year.

But besides counting elephants, conservationists are using today’s technology to help their efforts to fight poaching in other ways, namely with GPS tracking. Founded by Dr. Mike Chase, Ph.D., and based in Botswana, Elephants Without Borders (EWB) uses state-of-the-art satellite GPS tracking technology to research African elephants in southern Africa that range between Angola, Botswana, Namibia, Zambia, and Zimbabwe.

GPS tracking helps scientists at EWB know where individual elephants are and when in real time. To date, EWB has put GPS collars on at least 120 individual elephants. Besides aiding in research on elephant behavior and habitat needs, GPS tracking of Africa’s elephants also aids conservation efforts and helps alert authorities to injured animals so they can respond quickly to suspected poaching situations and intervene in conflicts between humans and elephants.

EWB isn’t the only organization that’s been using GPS tracking to help combat the poaching of African elephant populations either. In Kenya, the World Wildlife Foundation (WWF) and partners are collaring elephants in Kenya’s Maasai Mara National Reserve. In addition to the collars, WWF uses GPS technology in conjunction with infrared cameras, remote sensors, and drones to detect poaching activity from a safe distance as well as relay the information to ranger stations and law enforcement.

Inspired by the EWB and WWF efforts, Gabon, in a partnership with France, as part of their Debt Conversion Agreement, is tracking its elephant population in a project called “ The Project to Combat Wildlife Crime and Ivory Trafficking in Gabon,” usually shortened to the Elephant Project. As of January 2018, the project has been able to fit 18 collars on elephants.

When Elephants are protected other wildlife species are able to prosper and “An Africa without elephants would have lost its soul,” says Dr. Mike Chase in a video on the EWB website. It’s exciting to learn that the same technology that allows us to help customers track their vehicles and other assets is also able to help save such amazing creatures.

By using GPS tracking and other GPS enabled devices like cameras and drones, conservationists and other non-profit organizations, scientists and government agencies have more tools to help them fight illegal poaching and hopefully one day restore the elephant population throughout its African habitats.


Have an opinion or insight on using GPS tracking to help with elephant and other wildlife conservation efforts? Let us know in the comments. Like this article? Feel free to share it with friends and family on social media.